Barry Schwartz is the founder of the Search Engine Roundtable and has covered search for over 16 years. He is also the News Editor at Search Engine Land.

Barry hosts the Search Marketing Expo in Israel and is a speaker, moderator, and coordinator at many search marketing conferences, including Search Marketing Expo, Search Engine Strategies, La Red Innova Madrid, Spain, PubCon, and many other marketing and technology events. Barry is always at the forefront of the latest news and trends in search. He was also the former News Editor at Search Engine Watch and is a moderator at several search marketing forums. Barry has and currently provided an advisory role for Google, Yahoo! Search, Microsoft’s Bing, and several other Internet companies and many startups. In 2019, Barry was awarded the Outstanding Community Services Award from Search Engine Land and in 2018 he was awarded the US Search Awards the “US Search Personality Of The Year,”. Sophia is a seasoned ad operations professional with experience across display, mobile, video, and VOD platforms. Prior to Hearst, Smith held a number of positions with Forbes, most recently as the President of Forbes.com and Chief Digital Officer of Forbes Media, where he oversaw the company’s technology departments, including IT systems, multi-platform development, and digital strategy. He was also responsible for audience sales via auctions including trading desks, advertising operations, data and analytics, and yield management.

Before joining Forbes.com as Chief Technology Officer, Smith was Vice President and Chief Information Officer at TheStreet.com, where he directed technology efforts, including application development, network engineering, website operations, global technology initiatives and business support systems and prior to that, was Director of Information Technology at HBO.

Smith holds a network-technology related patent. His award-winning book “Targeted: How Technology Is Revolutionizing Advertising and the Way Companies Reach Consumers”, which details the online display advertising market on ad exchanges and real time bidding auction technologies, was published by AMACOM, a division of Harper Collins Leadership in 2014. His second book, the award-winning “The Native Advertising Advantage: Build Authentic Content that Revolutionizes Digital Marketing and Drives Revenue Growth”,​ which reveals why native advertising is an effective tool in any company’s digital marketing strategy―and how to use it to build new revenue streams, was published by McGraw Hill in 2017.

Smith graduated from the New Jersey Institute of Technology with a B.S. in Electrical Engineering. Jennifer has had over a decade of experience in the digital industry with specialization in the mobile web and native apps. Tyler is currently a 2019 member of the Forbes Communication Council, the host of Pubtelligence at Google—digital publishing events held at Google offices around the world). Considered a digital publishing industry influencer and “professional expert” by his peers, Tyler has had articles featured in some of the world’s top publications regarding marketing, business, psychology, and even pop culture. He’s served as a marketing expert for startup boards and has been Ezoic’s head of marketing since late 2016. 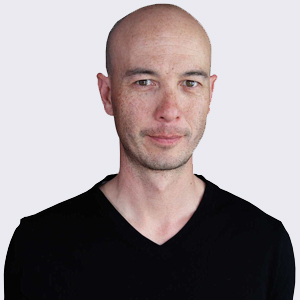 Doug Cunnington is a recovering IT Project Manager and spends his time thinking and talking about Internet Marketing, SEO, and doing cool things outdoors.

After 10 years in a corporate gig that ended in a layoff, he went out on his own to learn affiliate marketing and SEO. Doug has been featured all over the web, including Ahrefs, SEMRush, Empire Flippers, Hubspot, Side Hustle Nation, and more. Tyler is the founder of Bikerumor.com, the world’s largest cycling tech blog. Launched in July 2018 as a way for Tyler to “avoid getting a real job”, Bikerumor has grown into one of the most influential cycling websites, read by both industry and consumers. Covering all the latest cycling gear, bikes, components and technology, Bikerumor leads the category in breadth and depth.

Prior to Bikerumor, Tyler graduated from the University of Florida with a Journalism degree, and has decades of B2B and B2C marketing experience working with brands like Subway, NASCAR, U.S. Masters Swimming, and other nationally recognized companies. He then created and ran two sports/energy beverage companies before selling the IP to multiple national brands. Most recently, he has launched Peak Content Summit, a content marketing conference for the outdoor/cycling/active lifestyle industry. Tyler’s more than just a cyclist and publishing leader. He’s an adventurous world traveler, seeking off-the-radar locations, challenging activities, local backroads, and hidden trails. He’s also an avid parkour and ninja warrior participant, which helps him keep up with his two children.

The event is free but space is limited and restricted to only digital publishers, so it requires an approved application to attend.